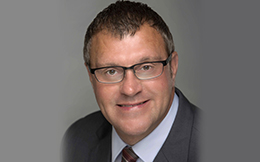 Stephen is an enthusiastic, creative, loyal and dedicated person with a proven wide range of experience in the government and private sector in the areas of corporate and education leadership, change management, innovation, start up, digital strategy and future of learning in the MENA region and internationally.
Stephen has worked internationally for organisations such as the UK, Qatar and Finnish governments, GEMS, Taaleem and other various education institutions. A few of Stephen’s achievements include;

• Led from concept the design, development and implementation of a successful Continuing Professional Development program across 10,000 education professionals, specialists and staff.
• Led and directed individual education establishments at a Principal level including governments sharing and recommending a vision in line with the country, which has led to year on year improvements.
• Led teams working on positive change development for the local Middle East education reform agenda, applying western research as a hypothesis for innovative 21st Century Education.
• Planned and implemented a countrywide Government Training Educational Development Centre, for some 2300 professionals and 1000 leaders. Stephen’s success is largely attributed through his desire and enjoyment to work with individuals and teams which builds a culture of trust that enables behavioural changes which not only leads to personal development, but develops capacity in and across organisations to sustain improvement.

His coaching and expertise around ‘leadership’ ’blended learning’ and ‘innovation’ enables individuals to become ‘risk takers’ and better lead organisations they work in.
Stephen is also an Apple Distinguished Educator which has led to institutions reshaping their vision to take account of future of learning.