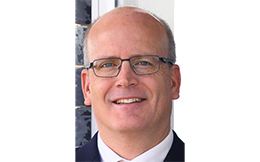 A Humanities scholar with a broad international background, Murray’s interest extends beyond subject-specific teaching. His focus sits squarely on ensuring students receive a balanced education that looks after their social and emotional wellbeing alongside their academic progress. He is an active coach, drawing on his experience in the Scouting movement and programmes such as Round Square and the International Youth Award. He served as Executive Head of two schools in South Africa before joining Misk in 2019.

Murray graduated with a BA Hons in History from Rhodes University, RSA. He was awarded the Abe Bailey Travel Scholarship after having gained a distinction in his post-graduate Certificate in Education (HDE) in 1993, was a NEASC and CIS accreditation team member from 2005-2007 and part of the host team for the 2016 Global Teachers’ Institute at the University of Witwatersrand. He holds an MSc in Comparative and International Education from Oxford University.