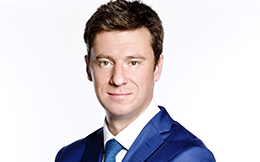 Michael Lambert is Headmaster of Dubai College. Having served as Deputy Head of Sixth Form at RGS Guilford and Head of Classics at Bedales School in Hampshire, Michael was appointed as Head of Sixth Form in 2012. After introducing the school’s TopUp programme ( top university preparation), systematically raising the number of offers received from the world’s top 1% of universities, Michael was promoted to Assistant Head and then in 2015 to Headmaster. During his tenure, the school has introduced the Harkness method and its own, evidenced-based Positive Education Programme. This year Michael is completing his MBA in Educational Leadership at the Institute of Education in London, where he is exploring the key behaviours of middle leaders which has the greatest impact on employee engagement.

How to move your school from outstanding to world-class