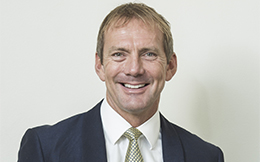 Mark S. Steed spent his career working in top independent schools before moving to Dubai in September 2015 to take up the reins as the Director of JESS. In the UK he worked as a Teacher, Head of Department, and Boarding Housemaster prior to his two senior leaderships roles as Headmaster of Kelly College in Devon; and then as Principal of the Berkhamsted Schools Group. He has degrees from Cambridge and Nottingham Universities and has recently completed an Executive Masters in Management with Ashridge Business School, during which he researched ‘Alternative Business models for Secondary Schooling’.

Mark has a particular interest in how new technologies can be used in education and chaired the UK Independent Schools Council IT Strategy Group from 2007 to 2015.