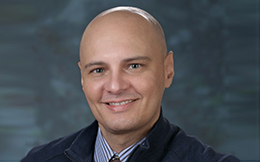 Dr. Zak Palsha was appointed by the School Board as the Director in November 2014, effective August 2015, at the time the school was still named Fawzia Sultan International School (FSIS). Under his leadership and the direction of the FAWSEC Educational Company Board of Directors, FSIS underwent significant changes to programming and Al-Bayan International School (BIS) opened with a new name and fully restored campus in the Fall of 2017. Dr. Palsha oversees all aspects of BIS daily operations and works with FAWSEC Executive Management on strategic planning.

Dr. Palsha has a myriad of experience in education and came highly recommended. Dr. Palsha began his career as a primary school teacher and since then has held positions as Principal, Assistant Principal, Program Coordinator and adjunct professor in the United States. Dr. Palsha additionally served as a school principal in Doha, Qatar.

He is an accomplished school administrator and has been awarded several local, state and regional awards for his work, including the coveted Washington State Golden Apple Award for Educational Excellence, the Association of Washington School Principals (AWSP) Regional Distinguished Principal Award, and the Renton School Board Outstanding Employee Award, while serving as a school principal.

Dr. Palsha is the first to acknowledge his team when asked about his accomplishments and often uses the proverb, “It Takes a Village to Raise a Child.” He says his personal mission has always been to bring people together to do what it takes to improve student achievement.

In his spare time, Dr. Palsha enjoys swimming, spending time with his kids, reading and mentoring educators around the world.