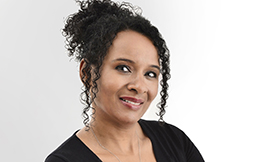 Ann Marie is a safeguarding practitioner and has been a qualified child protection social worker since 1996. She has worked for various local governments, faith settings, sports settings and education settings including internationally. She is well known amongst her peers and is very passionate about keeping children safe and sharing her knowledge about child abuse and violence against women and children. Ann Marie has specialised in safeguarding within education since 1999 when she was a school-based social worker and went on to manage social workers in schools. In 2010 she became an independent social worker and has been providing consultancy training to various organisations across the world including Council of International Schools, British Schools of the Middle East, NSPCC, Boarding School Association, Premier League, ISI Consultancy, local and national governments. Ann Marie frequently delivers workshops and keynotes at international conferences. Over the last five years, trained or delivered a keynote in Dubai, Singapore, Japan, Armenia, Egypt, Monaco and Jamaica. She writes articles and has contributed to various journals including Nursery World, Teach Middle East, and Headteachers Update.